Not every company can or wants to go cloud native but that does not mean they are completely cut off from the advantages of DevOps.

Organizations with predominantly on-prem IT and data environments might feel left out from conversations about DevOps because such talk leans heavily on the cloud — but are there ways for such companies to benefit from this strategic approach to faster app development? Experts from the DevOps Institute and Perforce Software offer some insight on how DevOps might be approached under such ecosystems, including if they later pursue cloud migration plans.

In many ways, the DevOps approach to app development is linked to digital transformation. “DevOps was really born out of migration to the cloud,” says Jayne Groll, CEO of the DevOps Institute. She says there was an early belief among some that DevOps could not be done on-prem because it drew upon having an elastic infrastructure, cloud native tools, and containers. “DevOps was intended always to be about faster flow of software from developers into production,” Groll says. 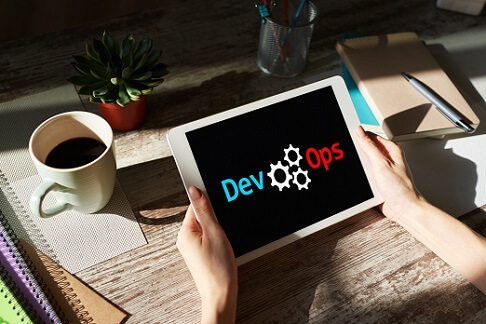 While being in the cloud facilitates the automation DevOps calls for, she says there are still ways for hybrid cloud environments to support DevOps, including with continuous delivery. Groll says it is also possible to manage DevOps-related apps in on-prem situations.

Even for companies that sought to remain on-prem, she says the pandemic drove many to change their structure and operations. That may have influenced their approach to DevOps as well. “Some organizations that had to pivot very quickly to work remotely still had on-prem datacenters,” Groll says. “Last year pushed us into the future faster than we were prepared for.”

Though newer, cloud native companies might wonder why anyone would pursue DevOps on-prem, it can make sense for some to adopt such a development strategy, says Johan Karlsson, senior consultant with Perforce Software, a developer of app development tools.

Legacy organizations, he says, might still be slow to migrate to the cloud for a variety reasons even if their IT represents a cost center. “For them to move to the cloud it’s a cultural journey,” Karlsson says. A company might need to do a bit of soul searching before embracing DevOps in the cloud if the organization is very used to an in-house strategy. “On-prem is often associated with a slow IT department, filing requests, and getting access to your hardware,” he says. “All of that is a tedious process with a lot of internal approval steps.”

IT bureaucracy aside, there may be performance needs that drive organizations to stick with on-prem for DevOps and other needs, Karlsson says. “Certain computers may want to be close to certain other computers to get things done fast,” he says. “Putting things on a machine somewhere else may not immediately give you the performance you are looking for.”

That may have been the case pre-pandemic, Karlsson says, for offices that were not near a datacenter. Keeping resources on-prem also retains full control over the IT environment, he says. There also may be regulatory pressures such as working with government entities that preclude operating in the cloud, Karlsson says, where data can cross national borders. Data privacy regulations might also restrict what information can be moved to the cloud or be seen on networks. “In medical device development, there’s a reason why they need to be 100% sure where the data is all times and that’s the reason why they stay on-prem,” he says.

Nondomestic organizations may have additional considerations to make, Karlsson says, about how their DevOps strategy might play out in the cloud given that the major cloud providers are American companies with very US and Western European-centric services. Users in Eastern Europe, Australia, Asia, and other locals might feel disconnected, he says. “If you’re developing products that are typically distributed around the world or you’re located outside of Silicon Valley, there may be a strong need to have things closer to you because it’s too far away and doesn’t comply with local regulations,” Karlsson says.